How Emcor came about

Home 9 Uncategorized 9 How Emcor came about 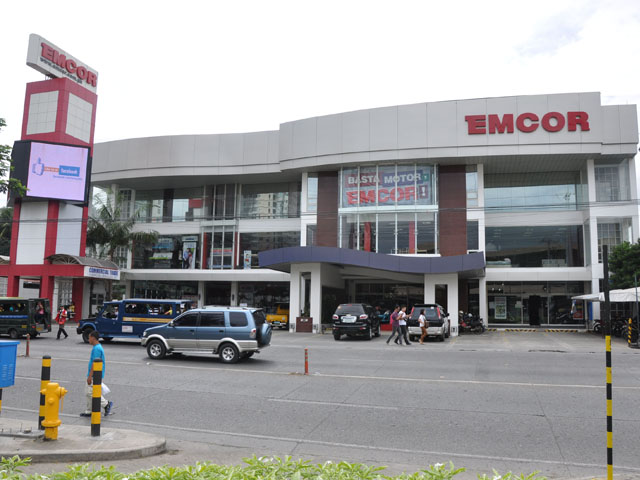 How Emcor came about

Emcor, founded by Jesus V. Del Rosario (JVR), wasn’t really named as it is right now. It was initially under the name Engineering and Machinery Corporation, as the franchise dealer of International Harvester (IH). The company started out in the logging industry in Mindanao, with its base located in Davao City.

Unfortunately, the logging industry experienced a continual downturn in 1976 and onwards. Since then, Emcor has set its eyes on retail and financing of Kawasaki motorcycles, which started in Bajada, Davao City Store. Later in 1979, the National brand of home appliances was added to motorcycle. The Kawasaki motorcycles were assembled by Delsa Industrial Corporation while the National home appliances were manufactured by Precision Electronics Corporation. These two joint venture companies were formed by JVR years before with Kawasaki Heavy Industries and Matsushita Electric Industrial of Japan. In spite of the change in product lines, the acronym Emcor was retained, to take advantage of the popularity and goodwill that the name had generated over the years, during the “IH” days.

As qualified manpower and resources permitted, additional stores were opened in major cities and towns beginning in Mindanao and later in the Visayas. By the end of the year 1990, there were 11 stores in Mindanao and 5 stores in Visayas. Furniture was also added to the product lines mainly in larger stores. This was followed by landmark decision to abandon the “specialty shop” concept of selling only the Kawasaki and National brand. The multi-brand model was soon vigorously pursued, starting with motorcycles to include all popular Japanese brands like Suzuki, Yamaha and Honda. Shortly thereafter, the appliance business unit included not only other known Japanese brands but Koreans as well like LG and Samsung.

In 1992, the Parts and Service Department was organized to support the needs of an expanding retail operation. At the same time, the Advance Technology System (ATS) department was established to sell and service computers and other so-called emerging products of the future brought about by the Information Technology and the Internet. In order to broaden the product offerings, numerous other brands from accredited suppliers were added in the stores like china-made products electronic goods and some home furniture products from neighboring Asian countries.

In 1999, investment to improve store facilities started.  This involved renovating and expanding the floor area of existing stores and buying suitable lots for store construction purposes. Tacurong Store in Sultan Kudarat was the first store built on a company-owned lot outside the Bajada Davao City head office. Presently, there are 27 of such kind of stores in operation. By December 2000, the number of stores rose to 65, 42 in Mindanao and 23 in the Visayas/Palawan.

Alongside with this development, the company thru the JVR Foundation was actively expanding the scope of its CSR programs over the years. Early initiatives included donation to the Family Planning Organization of the Philippines (FPOP) and providing specialized training to public school teachers. In later years, CSR activities included financial and material assistance to calamity-stricken areas, construction of bridge in isolated community, feeding program to malnourished children in various public schools, scholarship grant to poor but deserving students, sponsorship of watershed and greening project, donation of school buildings, sponsorship of sports event, health/fitness campaign, providing livelihood to indigents and donation to religious and charitable causes, etc.

Today, the presence of Emcor stores is quite visible in many areas across Mindanao, Visayas and Palawan. With 138 stores and a workforce of 1,700 it has become a very strong player in the retail industry of motorcycles, home appliances, furniture, computers and IT products. It has adopted the tagline “Bringing Comfort to You and Your Home” as its value proposition in all marketing communications. Providing service excellence to its customers is central to the fulfillment of its corporate mission. Emcor is ranked No. 430 in the 2012 Business World listing of the top 1000 corporations in the Philippines and is among the largest taxpayer in Davao City. The company continues to explore opportunities for growth thru the opening of more stores in potential areas and adding more quality product lines suitable for its growing customer base.