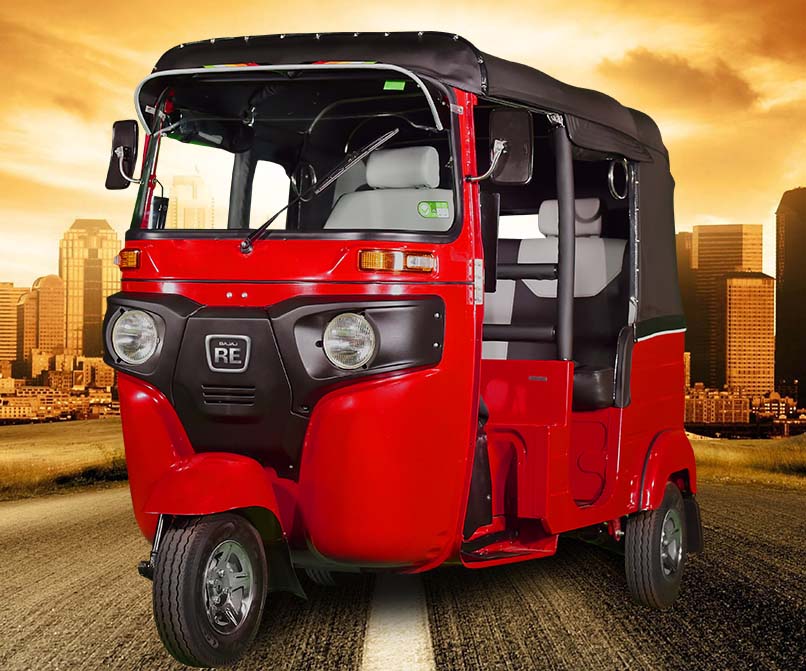 [vc_row][vc_column][vc_column_text]You may have already seen this while you are on the streets: a very odd-looking motorcycle, medium in built, with a roof over its head and three wheels instead of two.

This is the Bajaj RE, the ‘revolutionary vehicle of the future’. According to Carmudi Insider, it is already becoming a fast alternative to the traditional tricycle in many cities and neighborhoods nationwide. More and more local drivers are prompted to go for the classy upgrades.

But, why are these three-wheeled motorcycles becoming the talk of the town?

Here, we will give you five incredible reasons why you should start saving to purchase your very own
Bajaj motorcycle.

1.) The Bajaj RE is a low-maintenance vehicle
If you are looking for a vehicle that is conducive for family and personal use, as well as public transport, go for the Bajaj RE. It’s not that expensive and requires no fancy maintenance.

For some Provinces in the Philippines, the BAJAJ RE is already dominating the scene of public transportation. To add, it has already become a community staple in some parts of Mindanao and Southern Luzon. This simply shows how this vehicle is already gaining its national popularity.

In fact, after a slow start following its launch in 2015, there are now almost 30,000 Bajaj RE’s across
the Philippines. Wow!

With local drivers getting the hang of this new transpo craze, it is expected that years from now, the
streets will already be filled with these innovative tricycles.

2.) The Bajaj RE is eco-friendly
The Bajaj RE is low on carbon-dioxide emissions without sacrificing performance. The Transport Sector is known to have the highest rates of CO2 emissions. Carbon dioxides are greenhouse gases that cause the depletion of the ozone layer. That is why, if we choose the BAJAJ RE, we are helping reduce damage to our ecosystem.

3.) Three-wheelers are more secure and stable
When it comes to stability, three-wheel motorcycles have more of an advantage. With people suffering from the loss of balance when driving 2 wheeled motorcycles, the Bajaj RE can greatly address this.

Three-wheelers are less likely to tip off and it’s stability also keeps the driver’s worry away from balance so that he could focus more on wayfinding. Another added advantage of three-wheelers is that they are bigger and therefore more visible than a regular motorcycle.

At large, the Bajaj RE is best because of safety and stability all in a neat package.

4.) With the Bajaj RE, you can go creative!
Yes, it’s true. Since there is more space for storage and there is a better balance when adding more accessories, you can go crazy with your Bajaj RE.

Spice up your ride with motorcycle embellishments such as stickers, fancy decors, graphics, and heating elements as well. Three-wheel motorcycles can also be as fun as two-wheeled ones.

5.) Riding a BAJA RE is more comfortable than the conventional tricycle!
According to TriMotors Technology Corporation’s Vice President &amp; General Manager, Raul Manglapus III, although the initial investment cost of the unit may be more than a motorcycle with sidecar, they have found out that owners end up making more income because they are the ride of choice and can drive longer hours because the unit doesn’t stress their bodies.

Coupled with that, since the unit is made for carrying passengers, maintenance costs are minimal, and durability is superior. But the best thing with the Bajaj RE? It has a roof cover that will keep its passenger safe from adverse weather and temperature; perfect enough for both sunny and rainy days!

If you’re already convinced enough; or if we may have somehow sparked a little curiosity in you, you should try visiting us here at EMCOR to see the BAJAJ RE for yourself.

Or if not, we also have a variety of motorcycles to choose from. You can also check them here on our website: https://emcor.com.ph/product/bajaj-re-fi/[/vc_column_text][/vc_column][/vc_row]